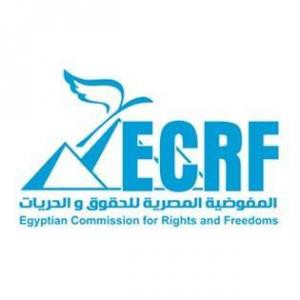 On 9 January 2016, three security agents dressed in civilian clothes and claiming to be affiliated with the police raided a coffee shop in the Agouza suburb of the Giza governerate and questioned the staff about human rights defender Mr Ahmed Abd Allah.

Ahmed Abd Allah is the Chairman of the Board of Trustees of the Egyptian Commission for Rights and Freedoms (ECRF), an organisation that works peacefully in several governorates to defend human rights in Egypt. The ECRF has recently campaigned extensively against the systematic use of enforced disappearance in Egypt. In its recent report, it accuses security services such as the National Security Agency and the Military Intelligence Service of abducting political activists and holding them incommunicado in secret detention centres.

After being informed that Ahmed Abd Allah, who frequently visits the café in question, was not present, the security agents proceeded to inspect the premises. A complaint was subsequently filed by Ahmed Abd Allah to the public prosecutor, holding the Interior Ministry responsible for any attempt to physically or psychologically harm him or endanger his life. It remains unclear if an arrest warrant has been issued against the human rights defender.

The ECRF and its staff have repeatedly been subjected to harassment and intimidation. Its executive director, Mr Mohamed Lofty, has been under a travel ban since June 2015, when he was prevented from travelling to Berlin to speak on the situation of human rights in Egypt at a round table organised in the German parliament by the Green Party.

On 13 December 2015, following his arrest on 19 November 2015, the Abdeen Misdemeanour Court in Cairo sentenced Mr Ahmed Said, a member at the ECRF, to two years‘ imprisonment for participating in a protest without a permit on the fourth anniversary of the Mohamed Mahmoud incidents.

Two further members of the ECRF have been detained since December 2015, as part of an ongoing crackdown by Egyptian authorities on young activsts and pro-democracy movements, which is being carried out to prevent protests from arising during the fifth anniversary of the 25th of January Revolution.

The ECRF has also been subjected to smear campaigns seeking to portray it as a threat to national security. Media outlets with close ties to the security services have published several reports accusing the ECRF and its leaders of holding secret meetings with American and European diplomats to conspire against Egypt’s national security.

Front Line Defenders expresses grave concern for the physical and psychological integrity of Ahmed Abd Allah and all members of the ECRF, and the ongoing intimidation and judicial harassment of human rights defenders in Egypt.

This entry was posted in Uncategorized and tagged Ahmedsaid, Ägypten, ECRF, Repression, Verfahren. Bookmark the permalink.